We all may have gone through the difficult experience of revealing personal information with a friend and having them respond in a hurtful way. Most of us have also been on the receiving end of this situation, when a friend confides in us and we react inappropriately. We express inwardly as we gaze at our friend’s strained polite smile, chastising ourselves for sticking our foot in our mouth.

The majority of insensitive remarks aren’t intended to be hurtful. They’re made out of ignorance or a strong desire to say anything that will calm a tense situation down. After all, we want to help our friend solve their problem, cure their sorrow, or make a joke out of the circumstance. Instead, we unknowingly exacerbate the problem.

The same goes true to a situation where one of our friends is dealing with the demon of infertility. We may come up with something that eventually hurt them to the core. Here, we list down 11 such statements which one must not use while interacting with a person struggling with infertility.

1.” You can adopt a child Instead”

For some couples, adoption can be a wonderful option, but it’s not a decision to be taken lightly. Adoption’s financial and emotional expenses often overlooked when it’s suggested casually. Adoption isn’t always possible, either.

Adopting a child requires an application and approval process. The screening process will not be passed by everyone who wishes to adopt. (Not clearing the screening procedure, by the way, does not imply that the individual would be a bad parent.) It’s a little more complex than that.

Adoption also does not alleviate the agony of not being able to have a biological kid. Offering the option as a convenience rarely works out. Adoption is not a substitute for biological children, but it is a different approach to start a family.

Having said that, getting your parental dreams accomplished is a blessing like no other. So, statements like these may hurt the person in a direct or indirect manner.

3.”You must unwind. Your Infertility Is Caused by All That Stress”

This fallacy is so widespread that it is even repeated by some doctors, although daily stress does not induce infertility.

3,000 women from ten different nations were studied in a big study published in BMJ. They discovered that having a lot of mental anguish before starting a treatment cycle had no effect on the result. In other words, being stressed out has no bearing on your infertile friend’s ability to conceive.

You might also think about which happened first: the stress or the infertility. Your fertility-challenged buddy was probably not concerned about becoming pregnant until she realized it wasn’t going as planned.

4.”Perhaps You Were Never Meant to Be Parents”

This one hurts a lot. How could anyone say to someone that they aren’t good enough to be a parent. It’s evident that being qualified for the job isn’t a requirement.

No one knows why good people are subjected to adversity. So, one must not try to play God by telling folks why they can’t have children.

This isn’t always the case. Infertility does not discriminate based on age, and time is not always on your side. Time is not on a woman’s side if she has premature ovarian failure. The longer she waits, the more likely it is that she will require the services of an egg donor. Another ailment that worsens with time is endometriosis.

While being younger normally improves the chances of a successful reproductive therapy, this is not always the case. On the other hand, being young isn’t always a guarantee of success.

6.”You Prioritized Your Career Over Having a Family?”

To begin with, implying that infertility is the result of someone’s mistake is callous. Even if there is a smidgeon of truth to it, don’t go there. Second, don’t presume that someone didn’t have a child when they were younger because of their job.

In a poll of Canadian women who had recently given birth to their first child, less than 30% said that work objectives were an essential element of their family planning.

Being in a relationship (97 percent), feeling in control of their lives (82 percent), and feeling ready to parent (77 percent) were the top three criteria women considered before starting a family.

7.”What’s the big deal about it? You’ve already given birth to a child.”

Secondary infertility, or infertility after you’ve previously had a child, is a major concern for the women who experience it. Having a child or children does not alleviate the disappointment of not being able to expand your family, especially if you’ve always expected your future family to be larger.

Don’t presume someone isn’t appreciative for what they have before telling them to “be grateful.” Couples dealing with secondary infertility understand the value of having a child. It’s possible to be glad for what you have while yet being sorry about what you don’t.

Don’t assume that just because someone told you they’re infertile, they’re now ready or willing to tell you everything. Infertility has to be spoken more, yet it remains a personal issue. Please be considerate of others’ privacy.

Even if a male does not really want to have a kid on some unconscious level, “not wishing it that much” will not result in infertility. There would be no need for birth control if this were true.

9. “You’d already have a baby if you really wanted one”.

When someone desperately wants to conceive and have a kid, being told they don’t desire one enough is a huge emotional shot. Hence, one must try not to be over expressive in the same context.

We should understand the trauma and anxiety a person is going through during the process. So, our expressions and statement must come forward in the same regard.

This is about as consoling as telling a friend who has just lost their father, “It might be a lot worse. It’s possible that both your mother and father perished.”Avoid acting as though you’re the compassion cop, deciding who deserves it and who doesn’t.

Intriguingly, research has discovered that the emotional discomfort felt by infertility patients is similar to that felt by cancer, HIV, and chronic pain sufferers.

11.”Don’t give up no matter what, things will fall in place”

This seems like a reassuring statement, but it isn’t. One issue with this is that it makes it seem as if everything will work out in the end. They might not, in fact. When someone says, “Don’t worry, it’ll happen,” it usually means, “Stop moaning because it’s not a big problem anyway.”

Another issue with this phrase is that it indicates that “giving up” is not an option. Stopping infertility treatment or even opting out of treatment altogether, is sometimes exactly what a couple wants or needs.

If you want to help a friend who is diagnosed with infertility, you should first educate yourself about the entire situation. Also, remember that listening to your friend’s concerns is often more helpful than bringing forward your observations. When a couple is unable to become parents through natural 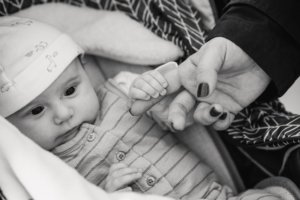 Reasons to Use Egg Donation and other Related Aspects

As a person proceeds with surrogacy in UK or any 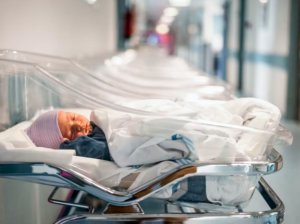 Surrogacy in Ukraine: How this War-hit nation is toiling hard to preserve its decades old Surrogacy industry?